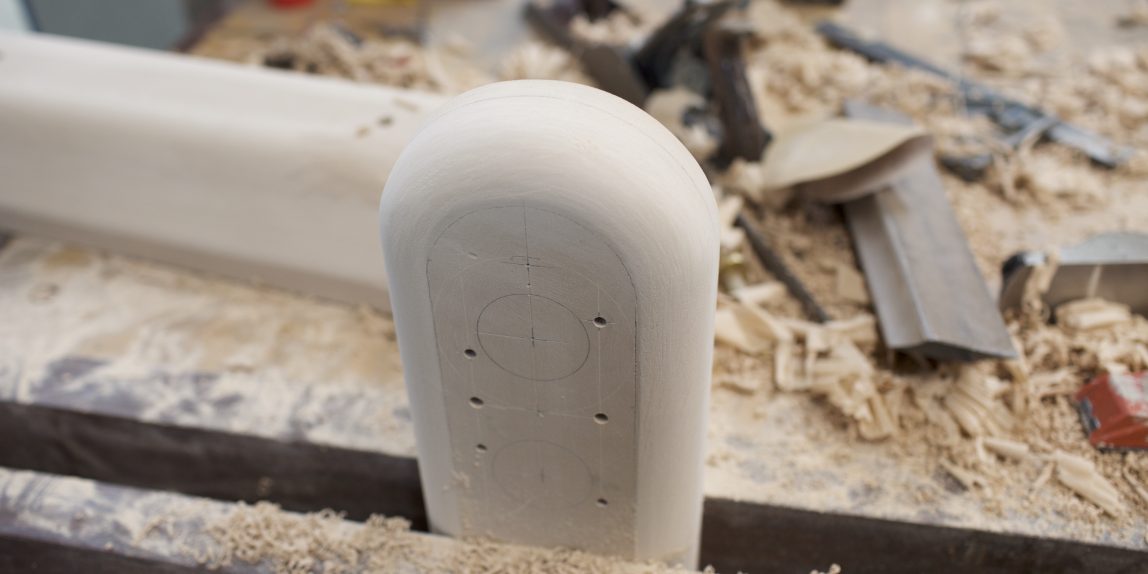 In the last post I had just finished off the majority of the pattern work for the skyline Hakosuka air box. And the next step was to do all of the fine sanding and finishing ready for the moulding process. I stupidly got carried away and didn’t take any pictures of these stages, but it basically involves flat blocking all of the shapes to check the surfaces are nice and flat. Then filling in any imperfections and finally sealing and fine sanding ready to mould.

The moulding process is relatively straightforward. The only really critical feature is where you place your split lines. These are the areas where your mould is split into as many sections as is required to be able to get the component out in one piece. On a simple shape, that is tapered and has no undercuts, these separate sections aren’t necessary. On something relatively complex and shapely (like an airbox) you may need several joints in the mould. Luckily I was able to bare these factors in mind as I made the patterns so I could keep the joints to a minimum. In this case I only had to split each component into two.

The joint lines and flanges on the moulds are created in a process called ‘weiring up’. Whereby you create these new surfaces at 90 degrees to your pattern to form a bolt flange on your mould. Now all of this set up work is completed. The patterns receive many coats of release agent or wax to prevent the mould sticking to your pattern.

The ‘lay up’ process involves building up several layers of your chosen mould making material. In this case I am using a vinylester based moulding system. I tend to aim for a mould thickness of around 10mm for most parts as this helps make a nice, rigid mould.

When the moulds have been ‘layed up’ and left to cure it is time to remove them from the patterns. This is always the part where the nerves set in. Because if the mould has stuck to the pattern…..At this point it is a hell of a lot of work to have to start again. Luckily, I can honestly say that (although I’ve had some close ones) I have never had a mould stick so bad it was beyond saving. Even so. I have been doing this for 20 years now and it still fills me with dread…..Even though you know you have done everything right the doubt still creeps in!

With the moulds removed. They now just need to have all of the rough edges trimmed off. Bolt holes drilled. Then a final sand and polish up. They are then put in the oven for a ‘post cure’. This involves slowly increasing the mould temperature to completely cure them.

Now the finished moulds are ready to Produce the components.