I don’t really know what kicked of my obsession with the 240z, I wish I could say I had a definite moment but they have always been high on my serious want list . It took me nearly two years to eventually  convince its previous owner that I needed it more than he did…….

I think you either get classic car projects or you don’t, it takes a fair degree of optimism to look at an unrestored, poorly maintained car with 40 years of patching and bodging and still fall in love with it. I swear, even if i had ended up needing to repair every panel I would have, because at that point it’s YOUR car, it doesn’t matter that you might find one in better condition that will be easier to sort………this is the one you chose and in your mind it’s perfect.

Even now, with all the hindsight I have and baring in mind that all I have at present is a bare shell, seeing these pictures makes me smile! I couldn’t believe I had one….. 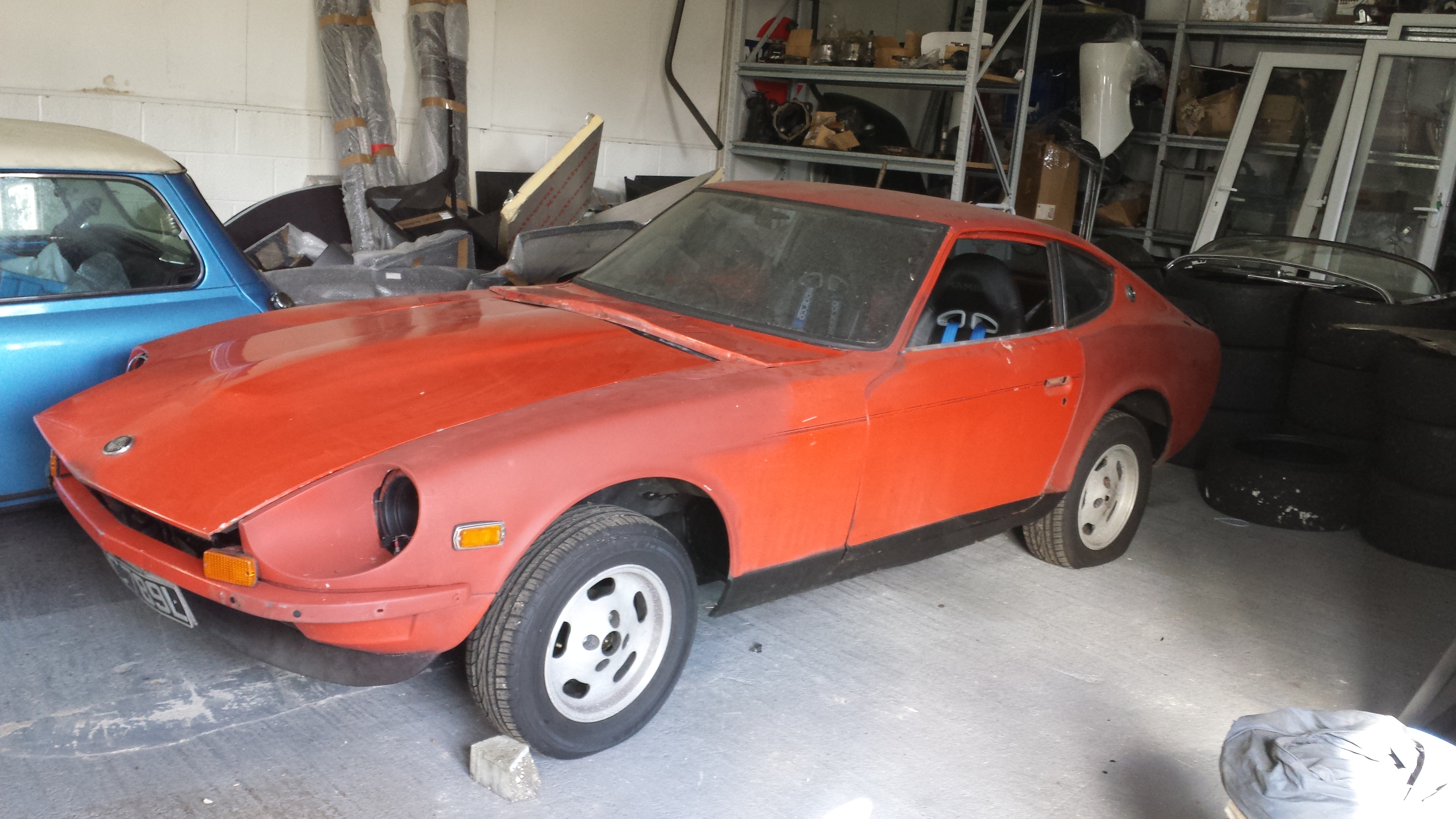 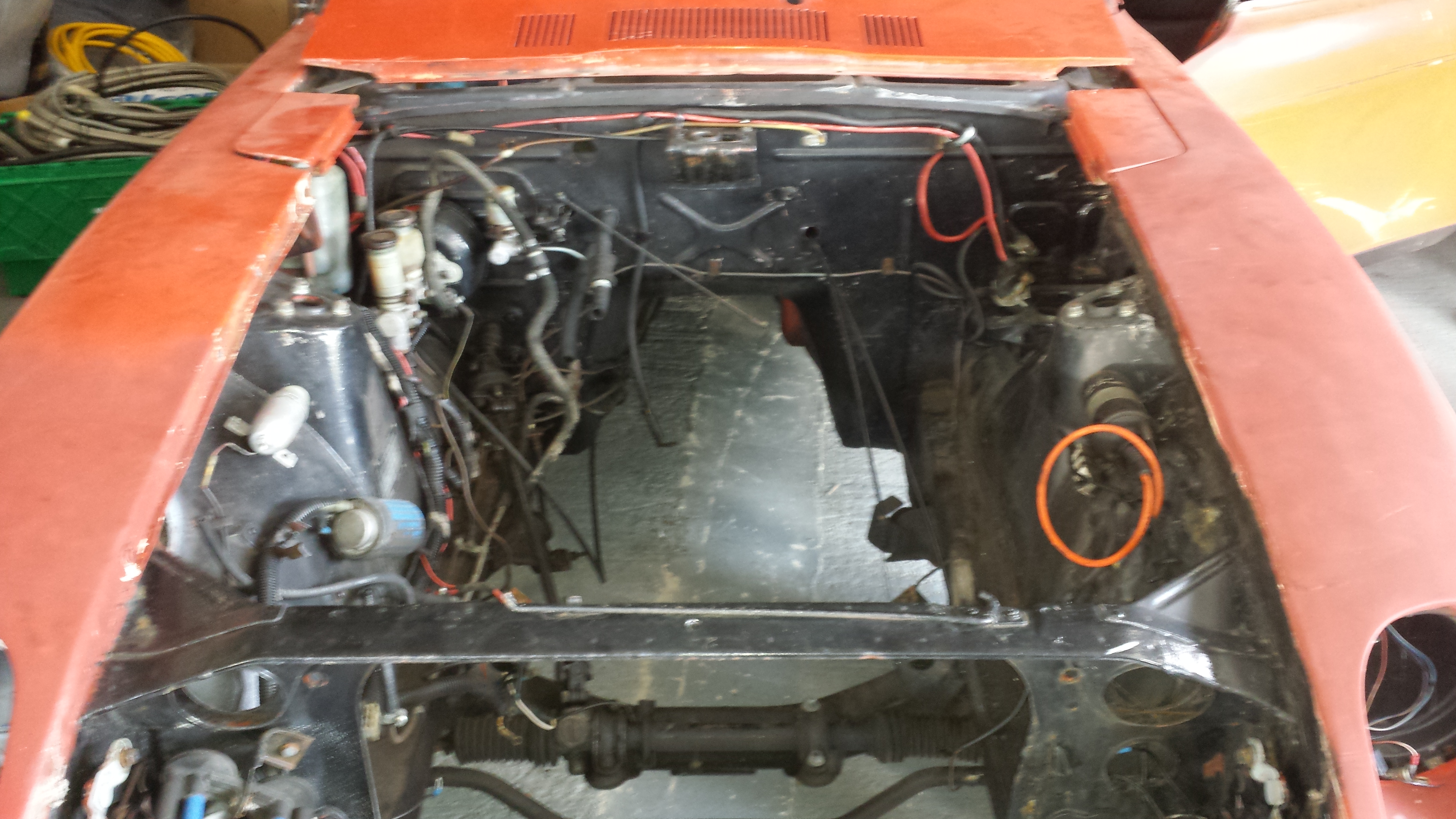 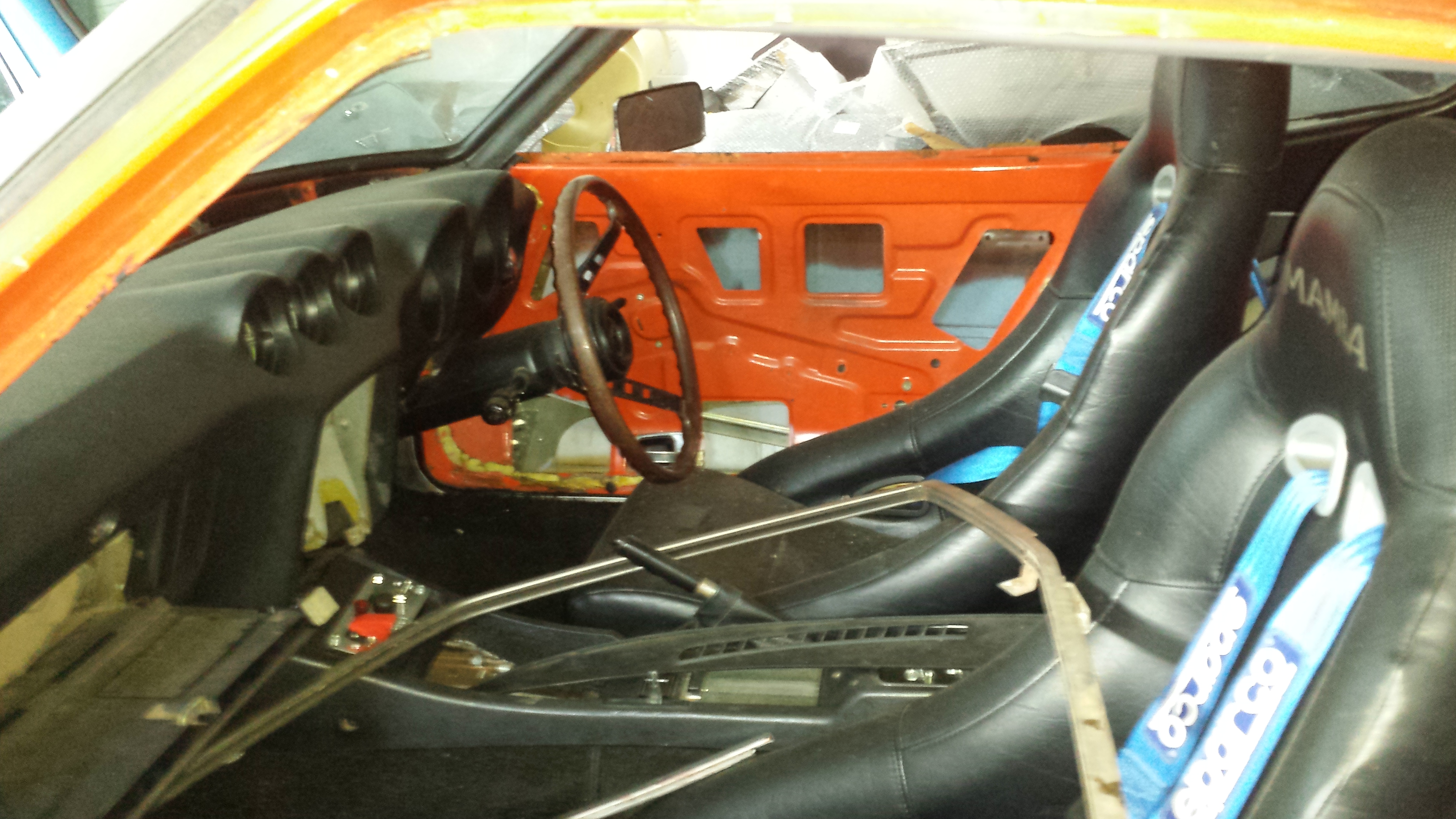 All I could see was a caged out, full blown Japanese style racer….

So job number one on the list could only be to strip it to a bare shell and see what horrors lie hidden. The first thing I found was that someone had filled in the sunroof by riveting a roof section over the hole and trying (and failing) to blend it over with filler. The best option there was to cut the entire section out and deal with that issue at a later date. Apart from the roof and a lot of bad repairs and filler it was actually a solid shell.

Blasting the shell revealed much the same. It was all solid, just badly done. 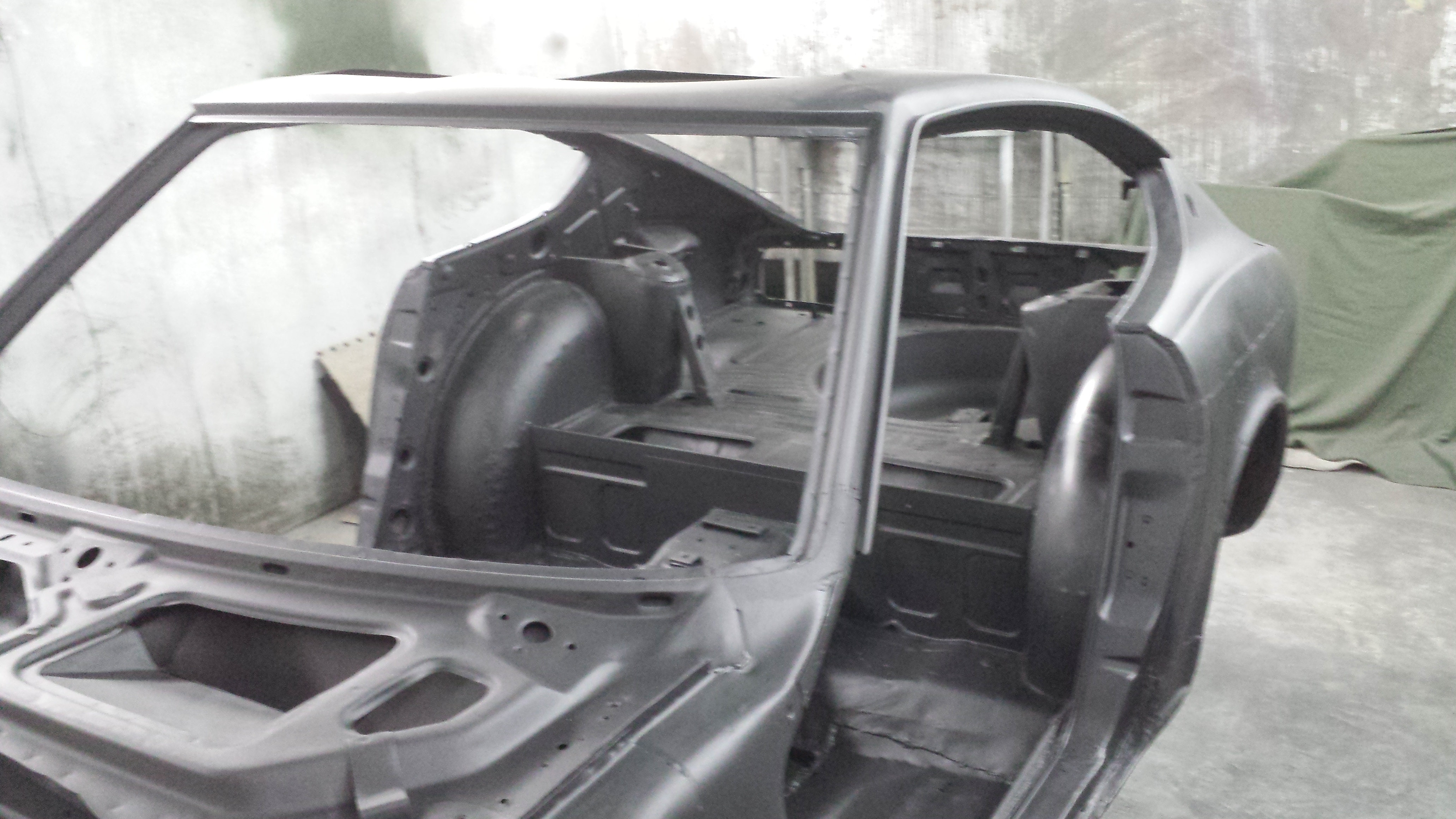 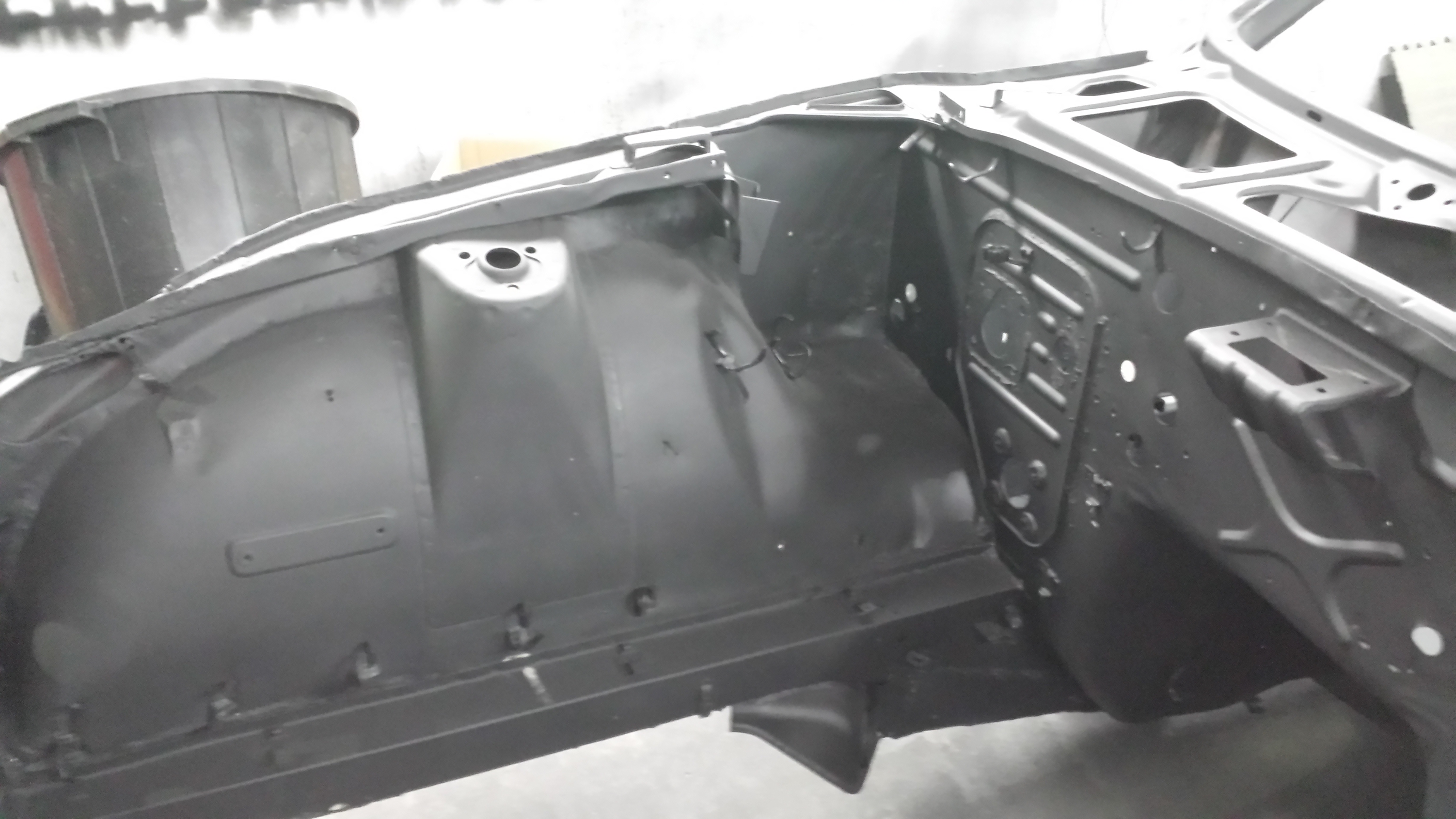 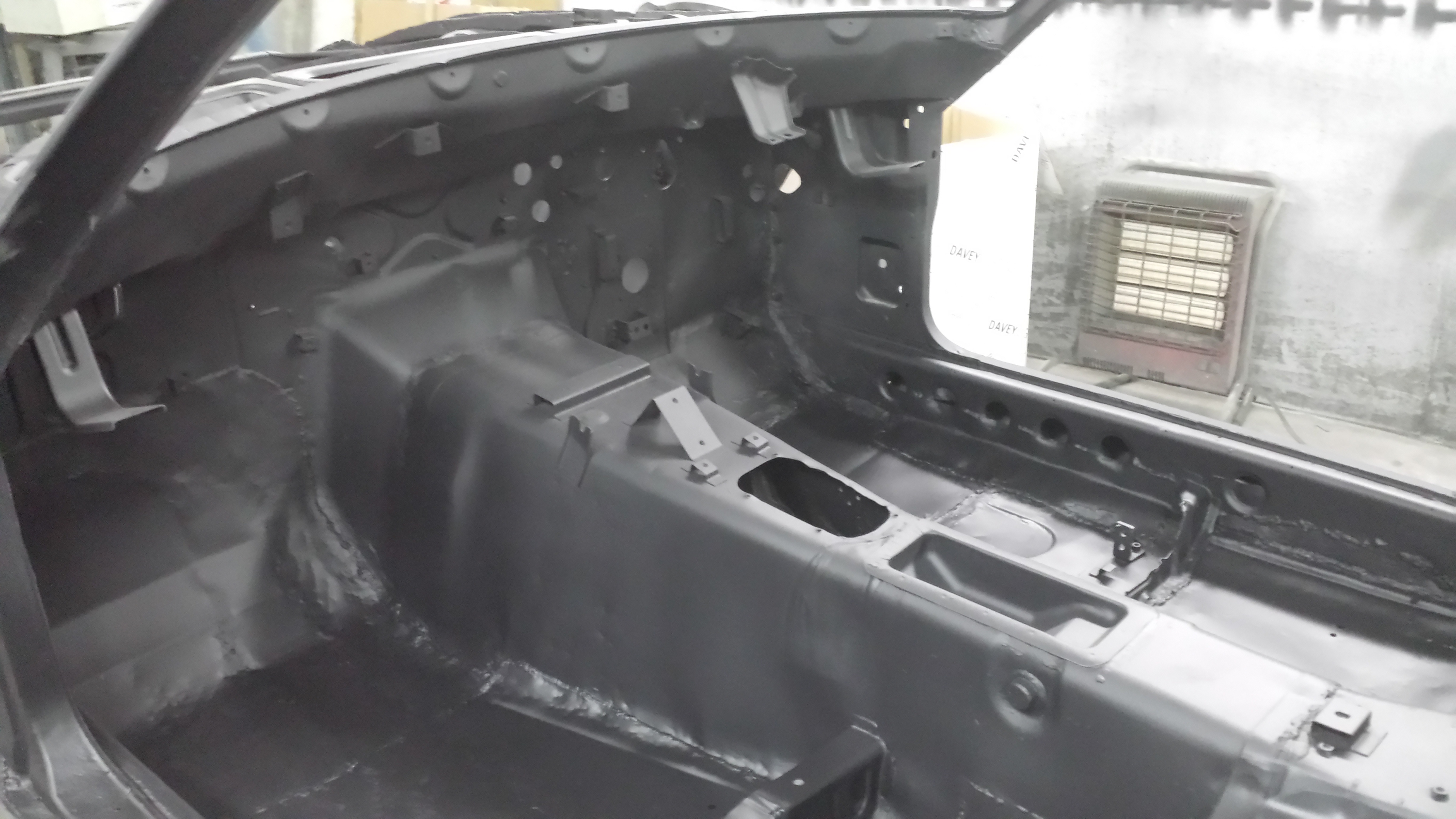 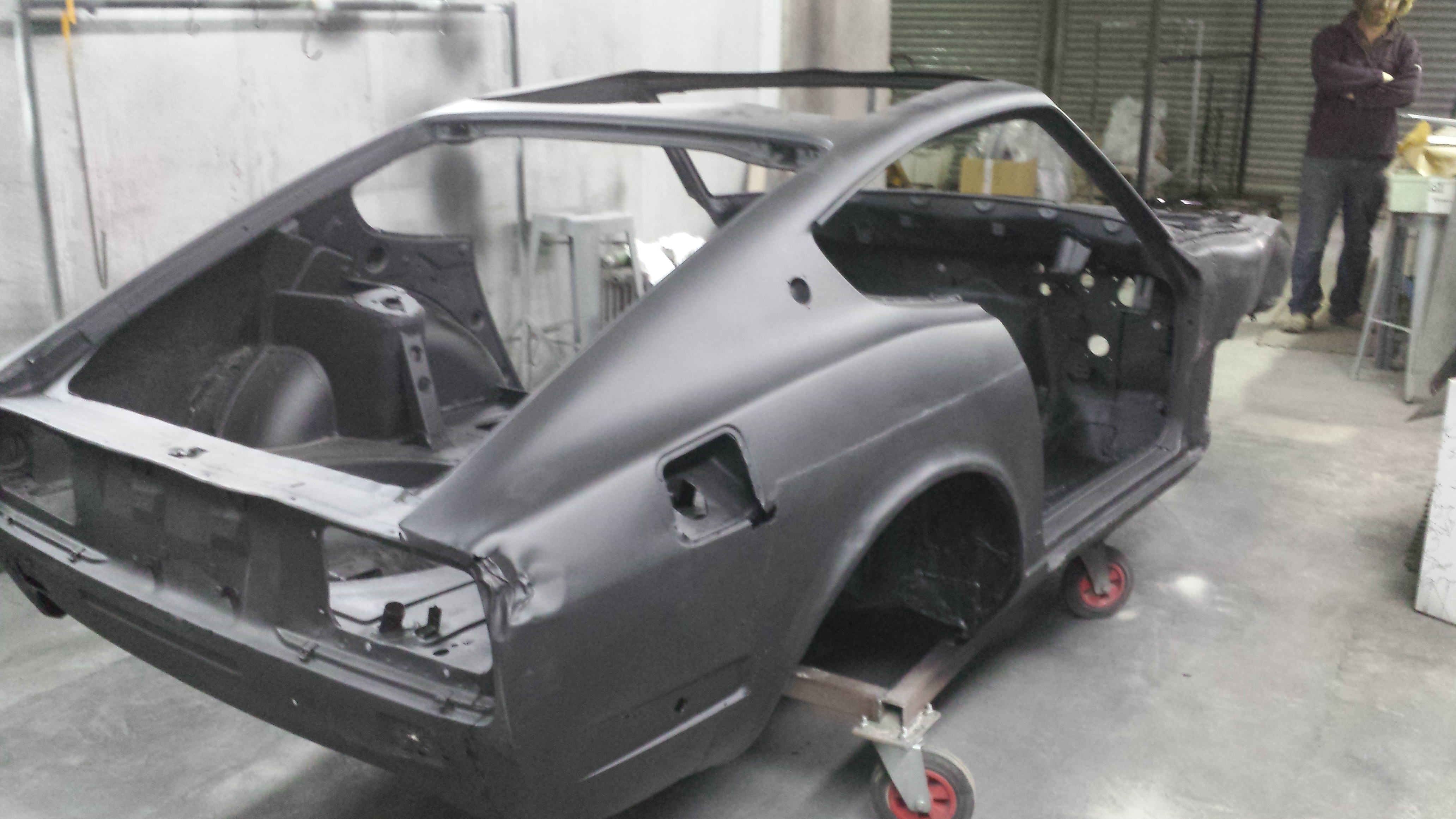 The downside of going for a race car is that there are not going to be any carpets to hide those floors so it was inevitable that it would need a trip to the body shop to make good/replace anything it needs.

As soon as the body was off to the body shop my attention turned to the next most important piece in the process….The engine!

Although I am intending to modify nearly every part of the 240z and it certainly won’t be a car for the UK purists, there was something that made me want to keep a period (ish) correct engine. It had to be a race tuned L28, now I have nothing against an RB swap but i just couldn’t bring myself to do it.

In doing a bit of research I came across Datsun Spirit inc. in America. A company run by Eiji Hosomi who by all accounts is obsessed with 240z’s and particularly passionate about building some very serious L series race engines. My initial idea was to buy the assembled head, rods and pistons etc from Eiji and then do the assembly work here in the UK. However after several emails back and forth i soon realised that there was no substitute for leaving the entire build in Eiji’s hands and placed the order for a modified version of his STD spec 3.0 litre engine. I truly could not praise Eiji and his company more. Every time i ask his opinion on something he takes the time to make a genuine unbiased response based on my needs and not just on products he sells. He is an encyclopedia on all things Z!

With every stage of the build I would receive an email with photos of what he had been working on and an update on progress. 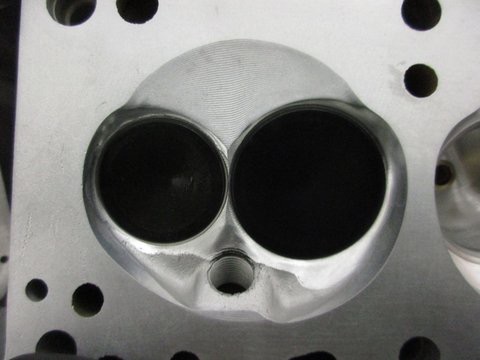 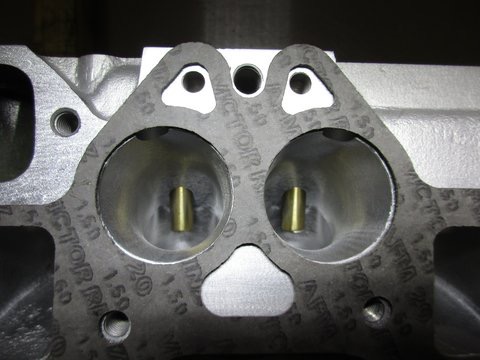 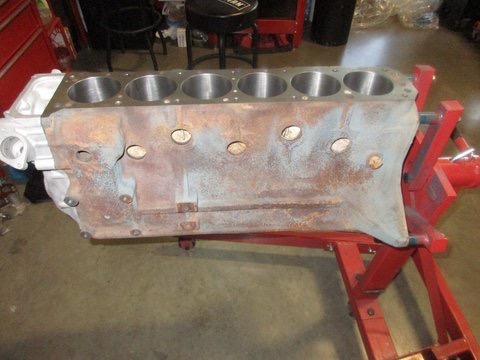 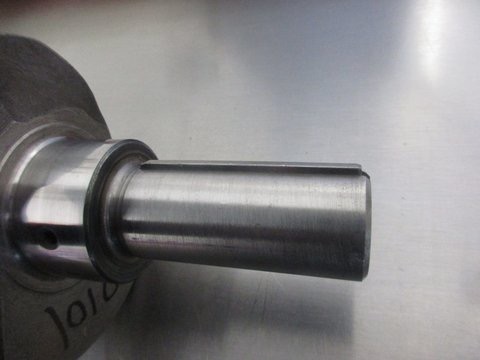 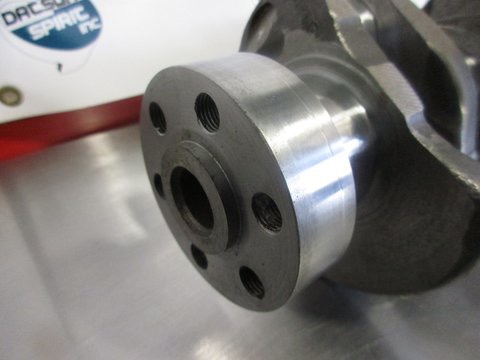 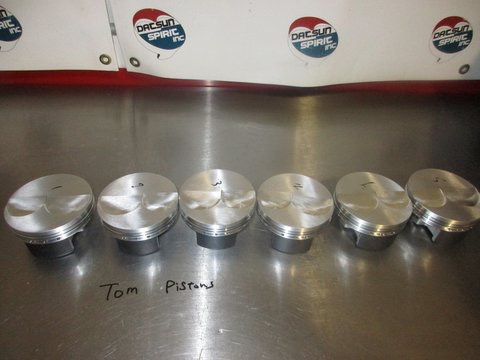 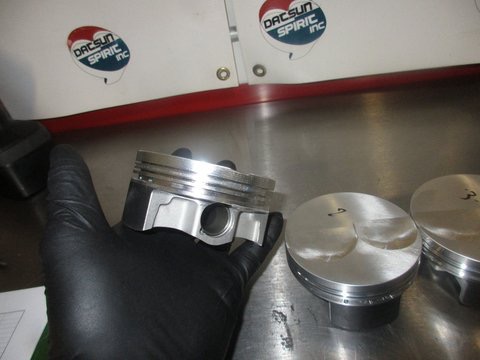 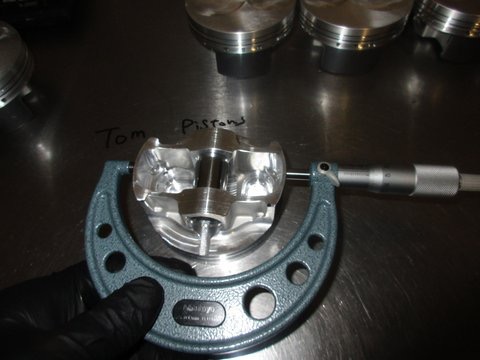 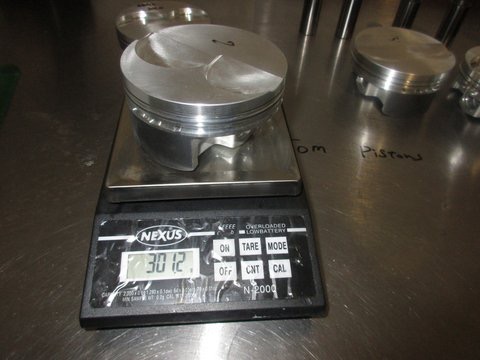 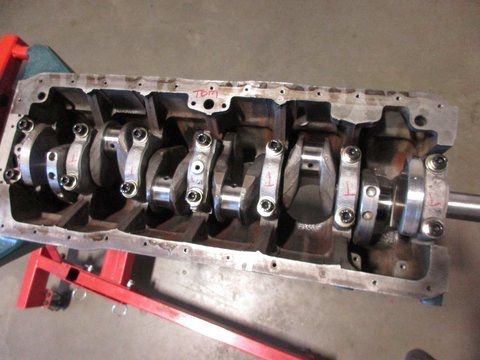 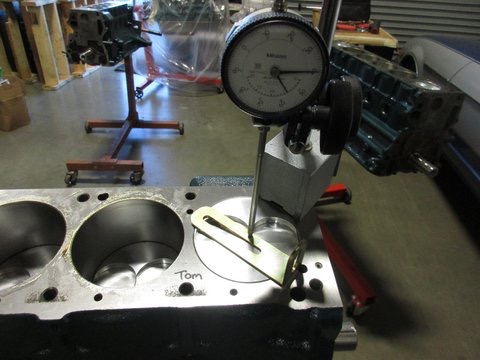 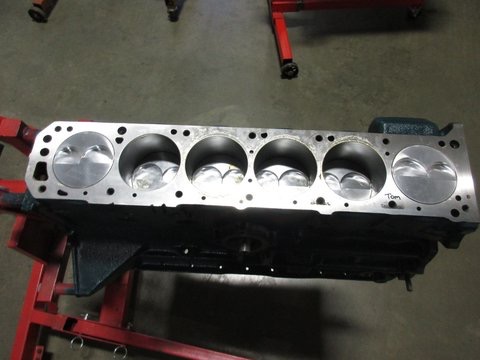 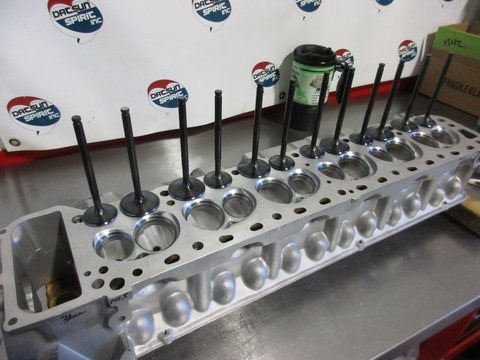 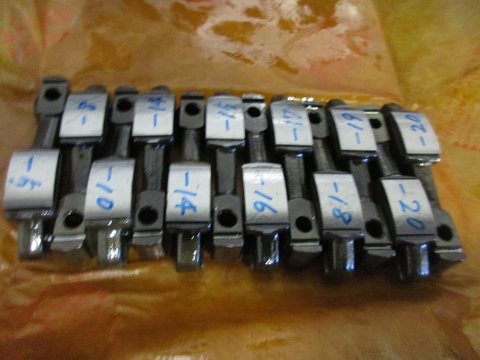 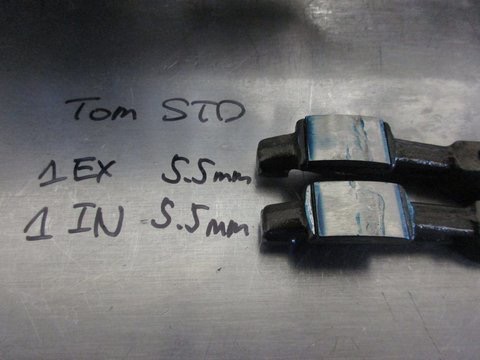 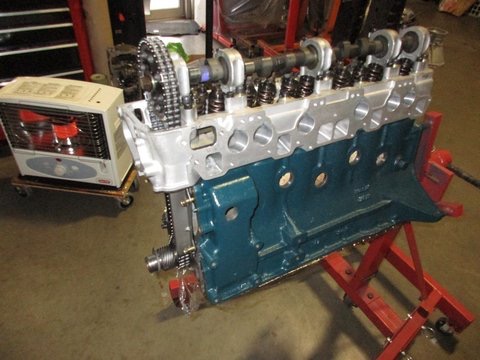 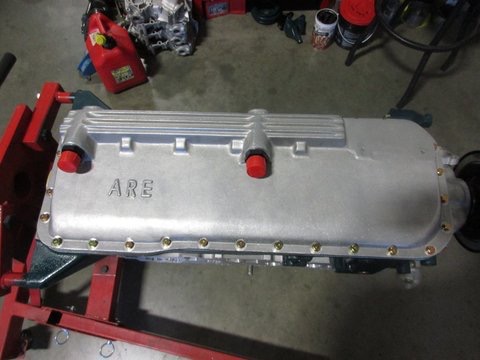 The engine was on its way via airfreight…. a very tense few weeks! So in preparation for its arrival I cleaned and prepped a cam cover and painted it it grey wrinkle finish then sanded back the Nissan lettering and stripe details. 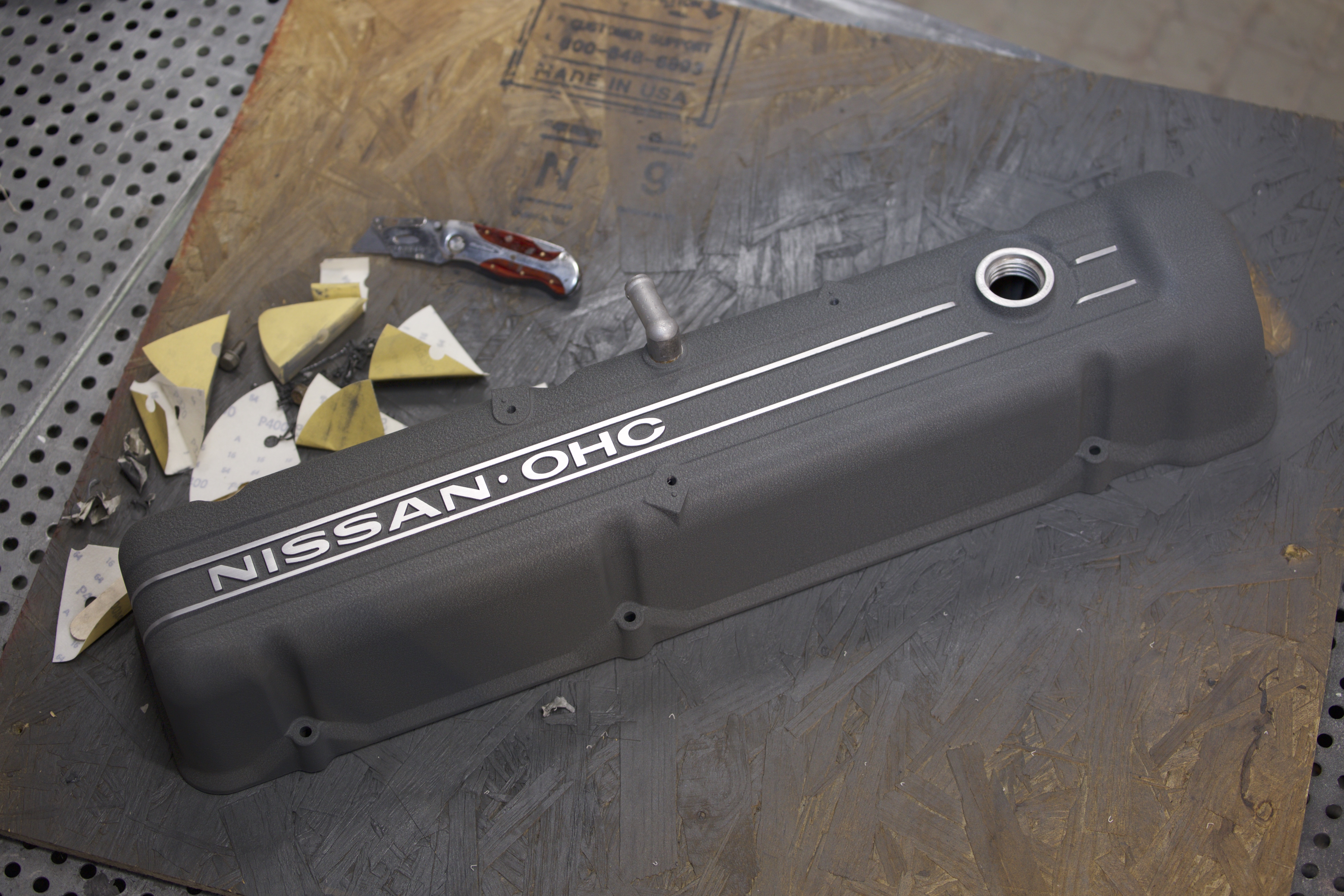 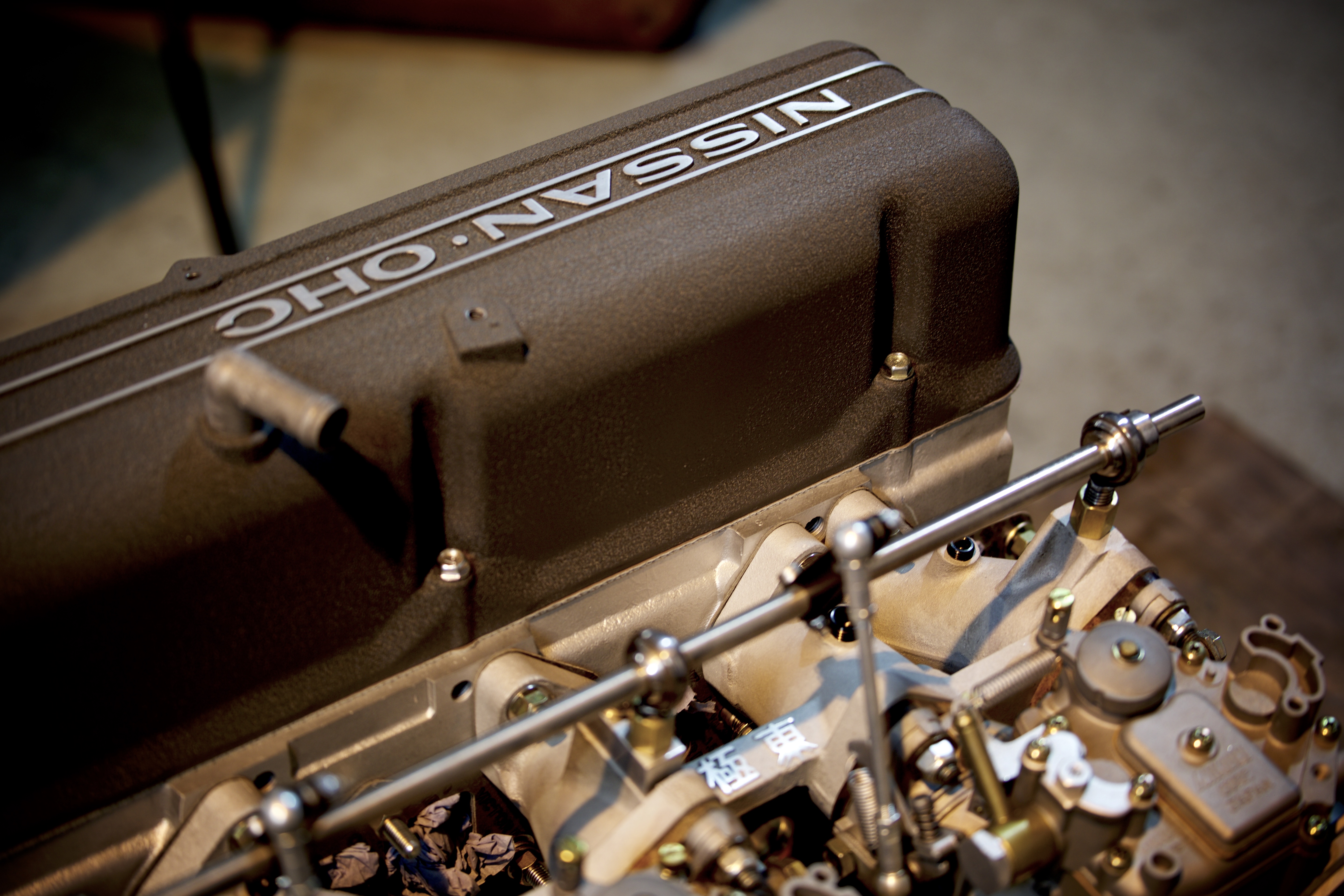 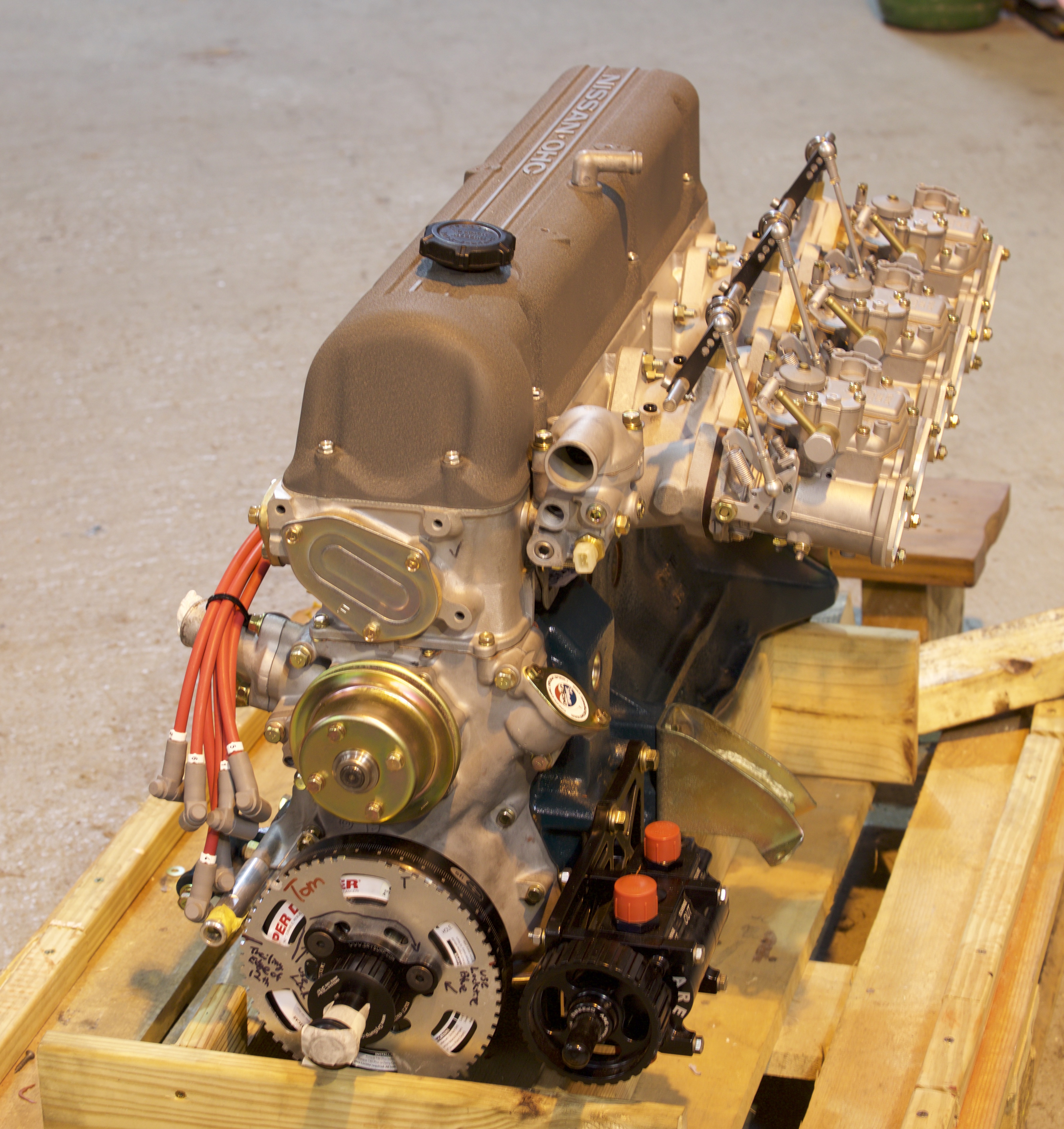 The quality of Eiji’s workmanship really impressed me and I can’t wait to get it in and fire it up!