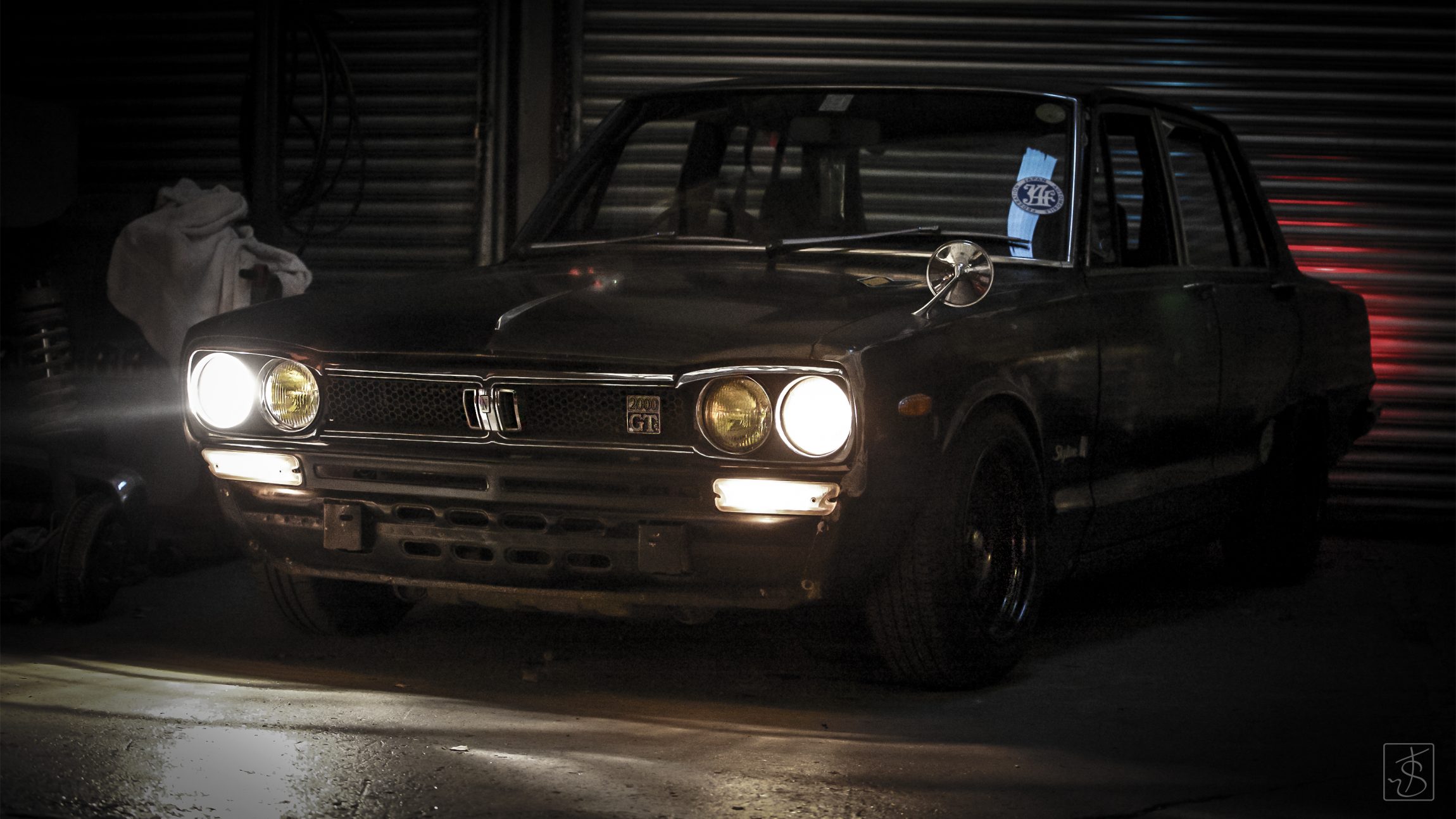 So after the drama of the GC10 overheating on me, I find myself accepting the inevitable…..I’m going to strip the engine bay and swap in the Datsun spirit L30 race engine. Obviously swapping the head gasket on the L20 would be easy enough, in fact I even have a spare gasket on the shelf, but I asked a few peoples opinion on what to do (basically everyone I knew who would want me to put the race engine in)……and guess what, they all said put the race engine in there. How can I argue with that? 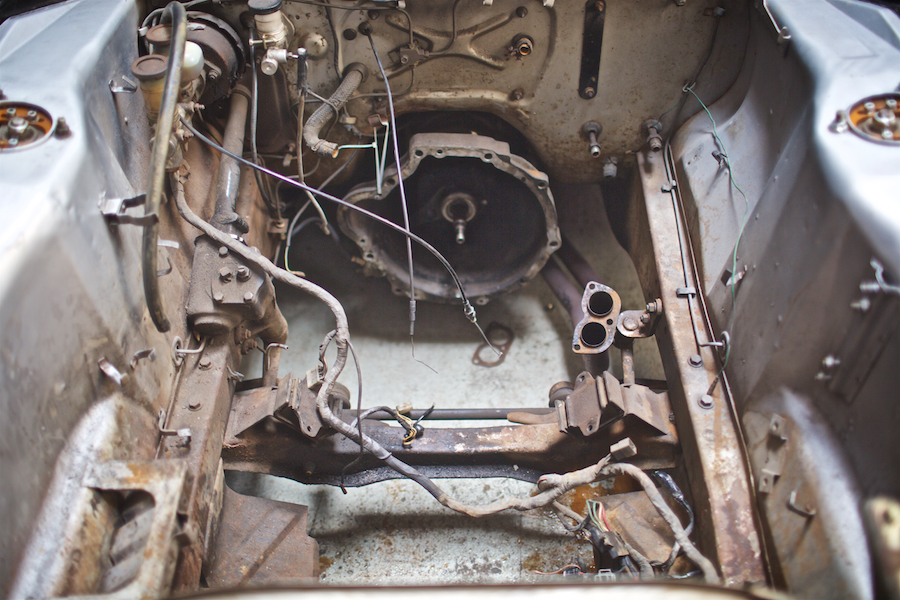 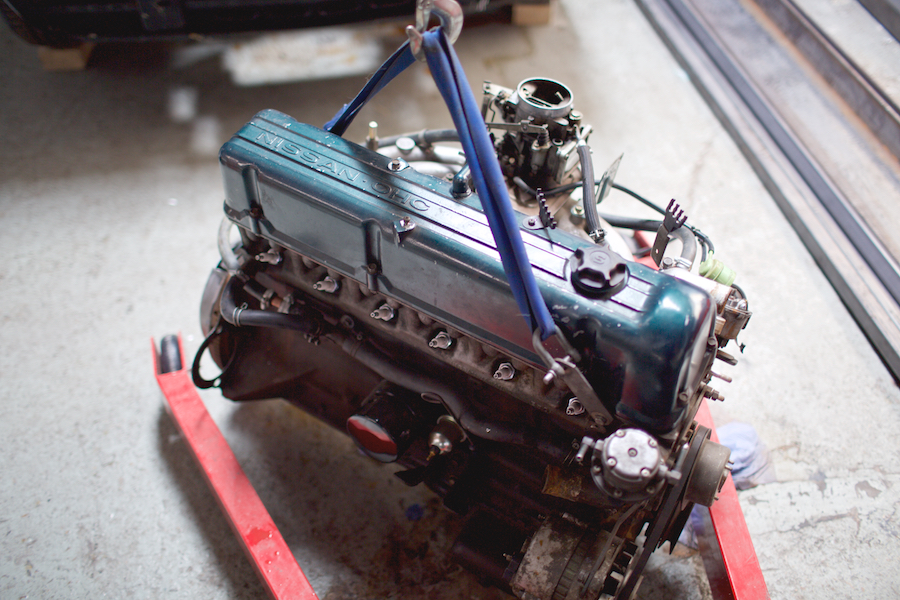 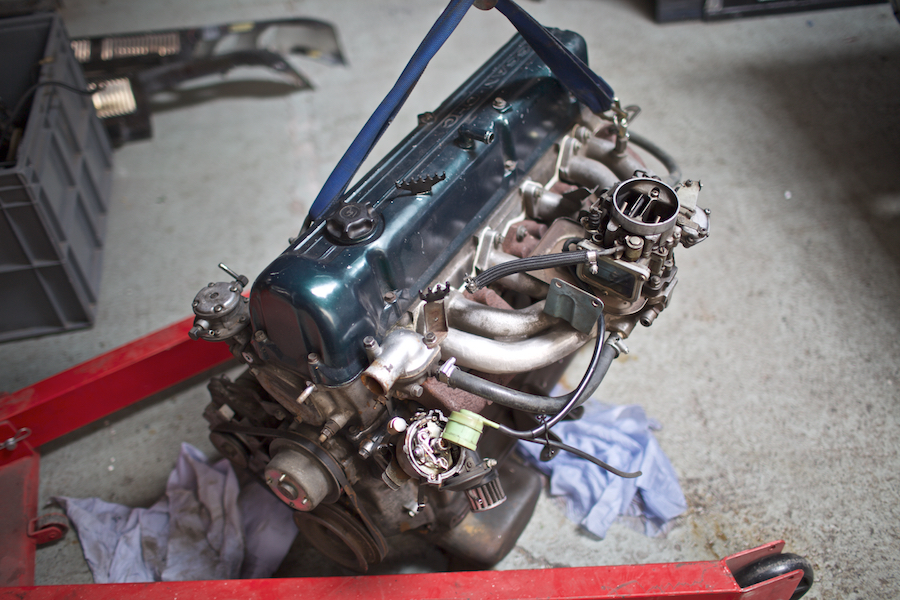 I couldn’t bring myself to put that beautiful new engine in a dirty old engine bay so I new I would be painting the engine bay before the installation. So the next step was to begin removing all other components in the engine bay to leave me with a bare bay, ready to paint. 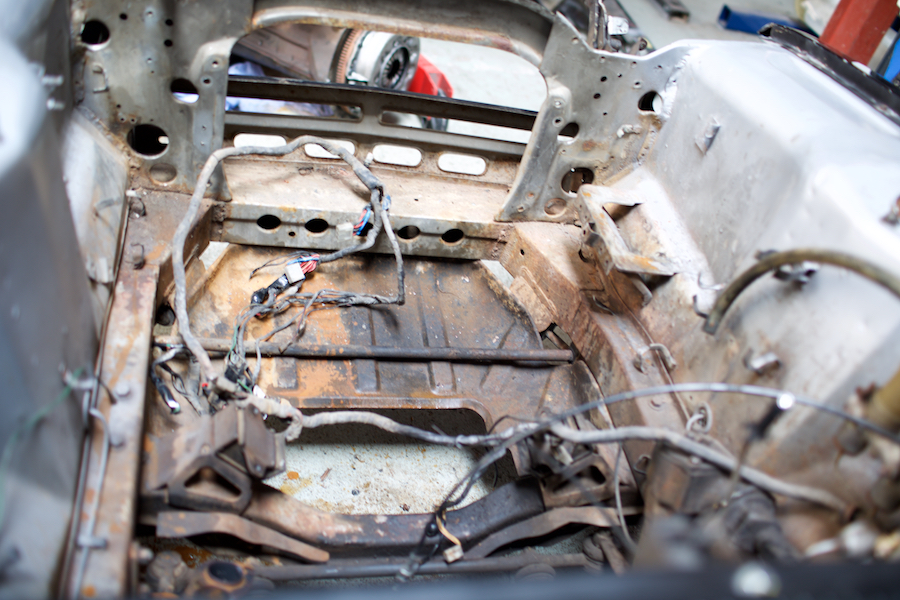 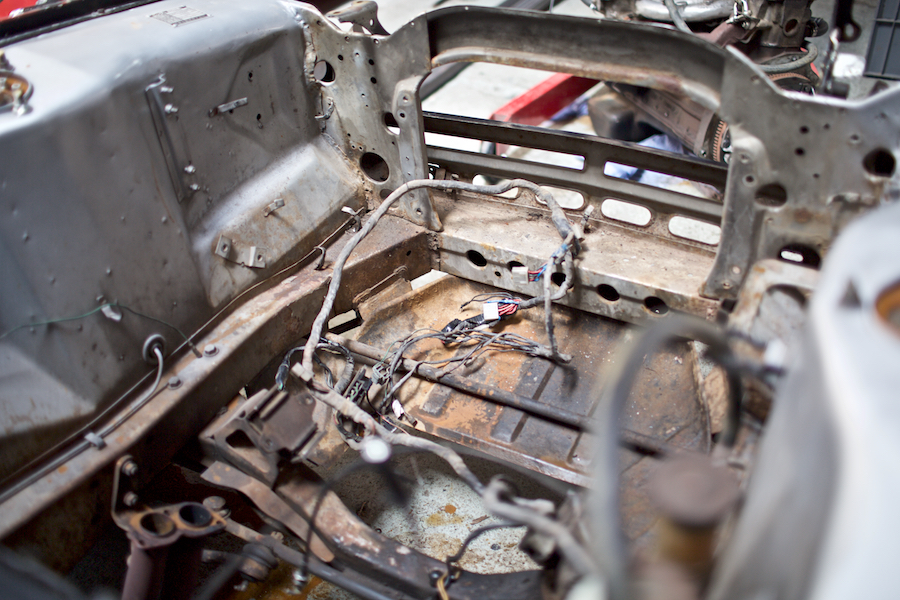 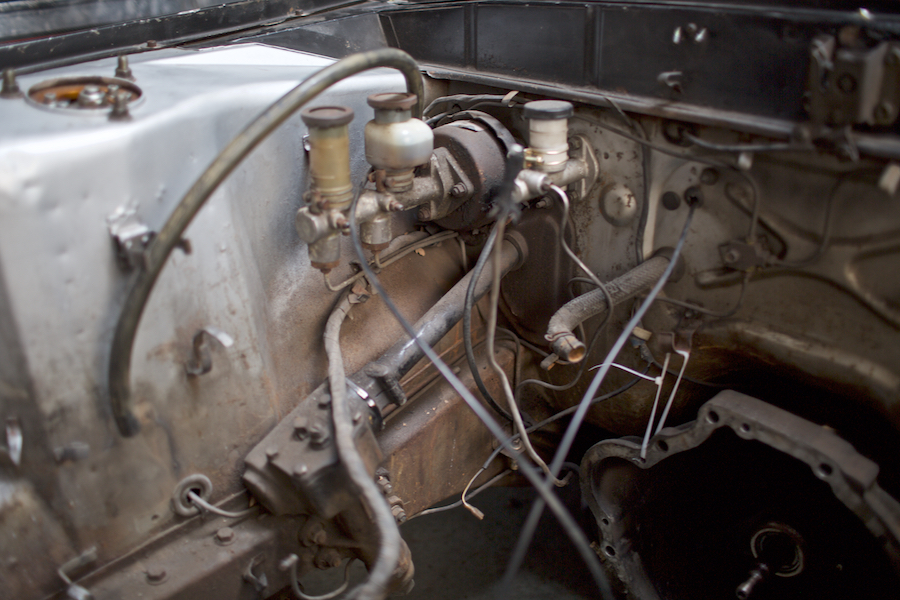 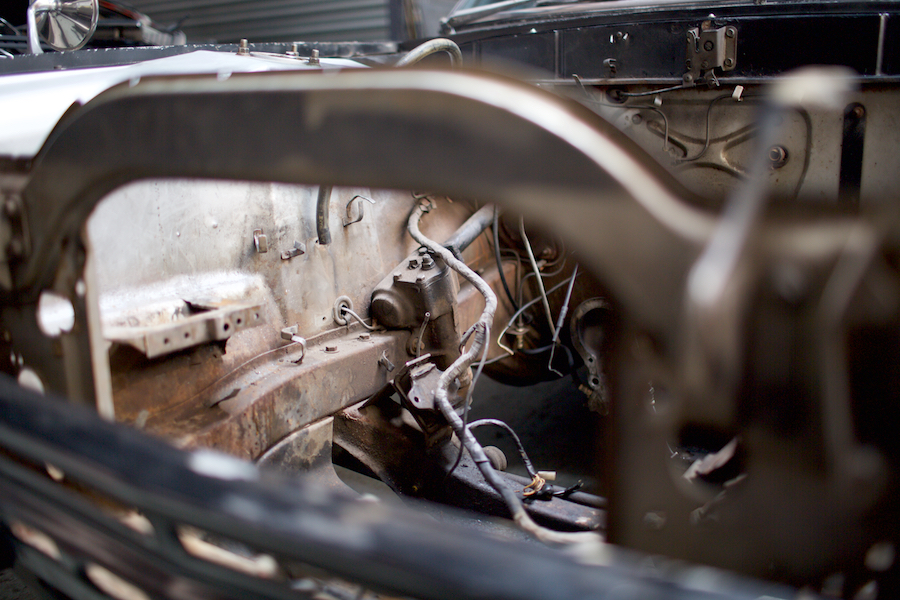 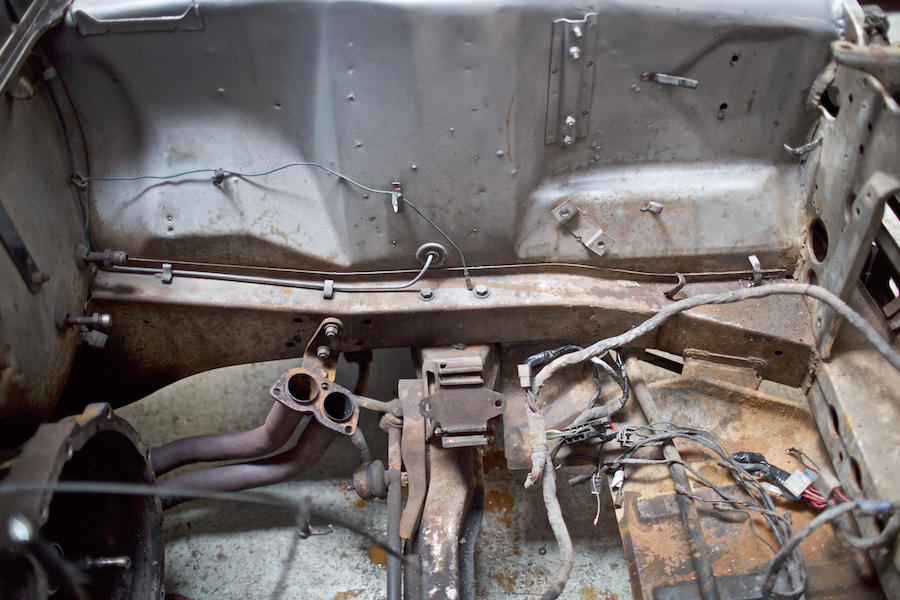 I made a simple dolly, that bolts to the bump stop mounts, which makes moving the car around a hell of a lot easier and gives much better access for prep and spraying. I didn’t want to remove too many original features from the engine bay so I only removed the original cable/hose clamps and a couple of small brackets that I knew I wouldn’t be using.

There were only two areas I could see that had some small rust holes so I got Harry to clean them up and weld them. I also got him to weld on a new stud for the steering column cover as one of the originals looks to of sheared of at some point in the cars life.

The condition of this cars bodywork still blows me away, I can still see all the original spot welds everywhere. The exterior is tatty and it has had new doors (which are also a bit rotten at the bottom) but the main body/monocoque is incredible. 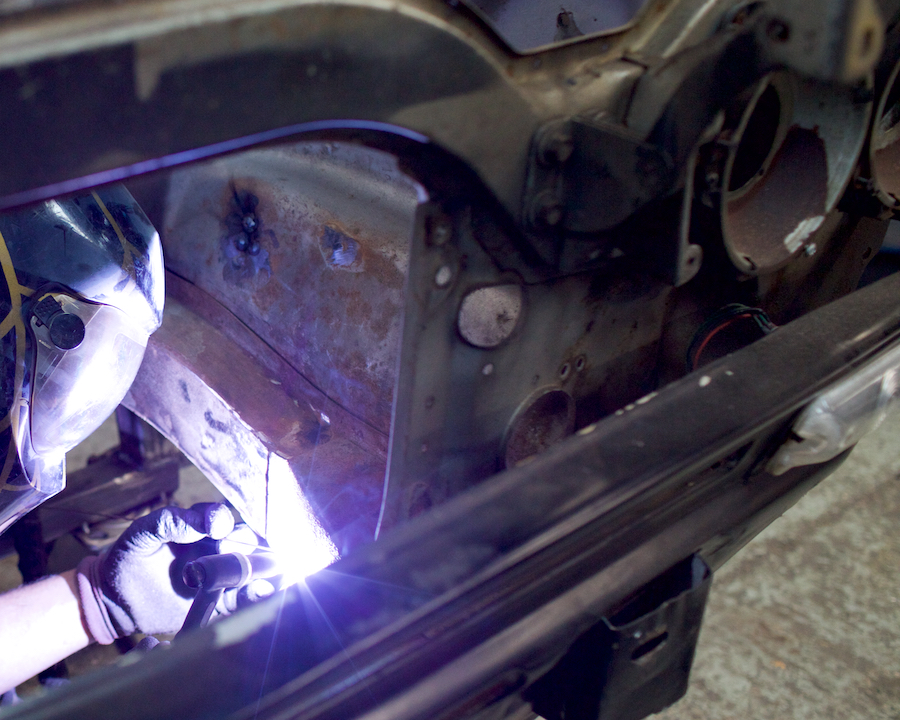 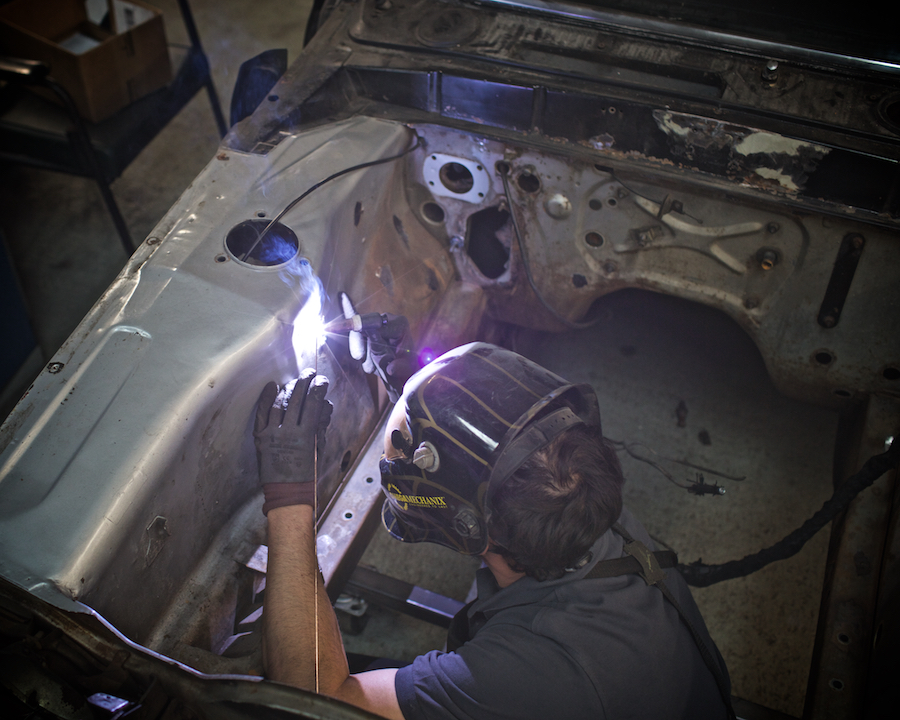 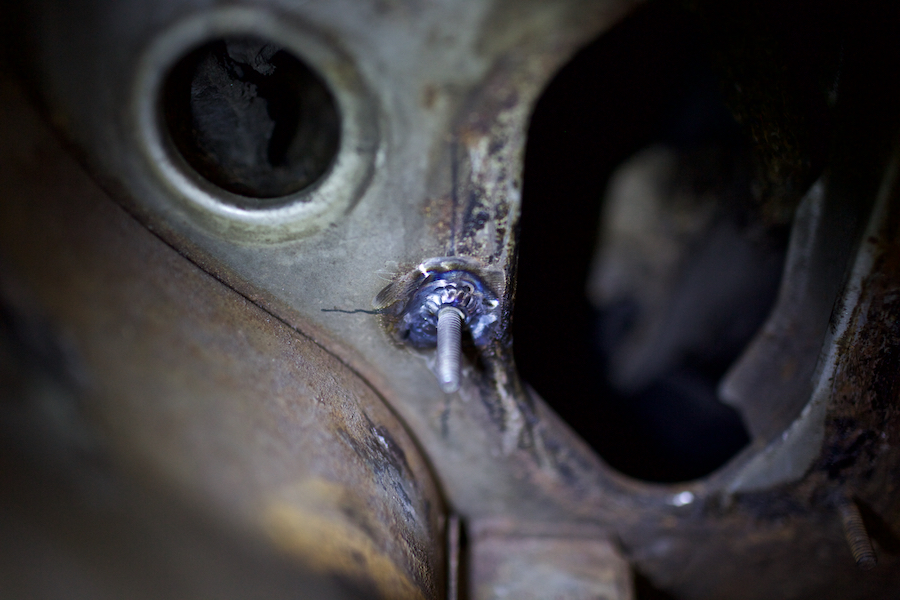 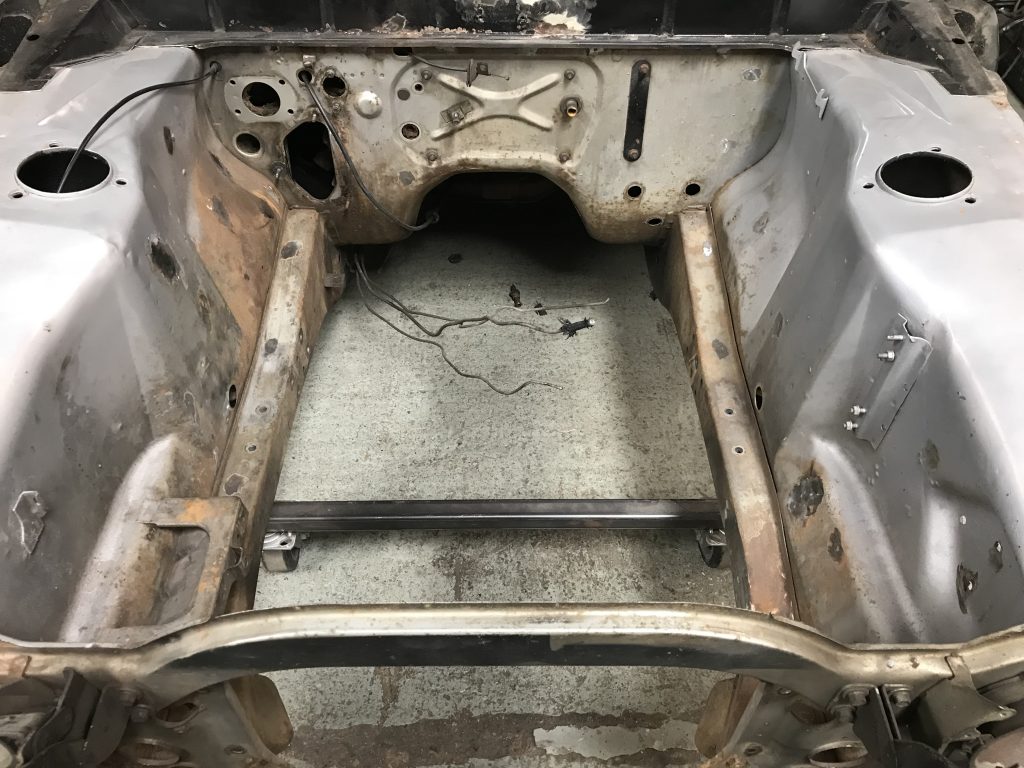 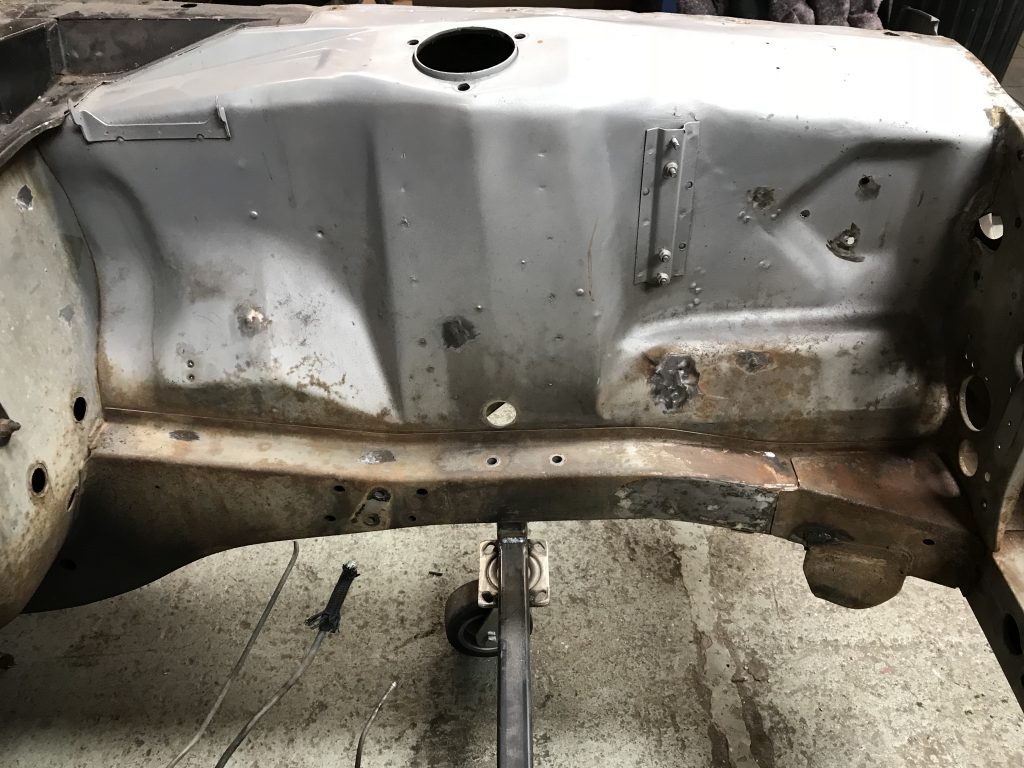 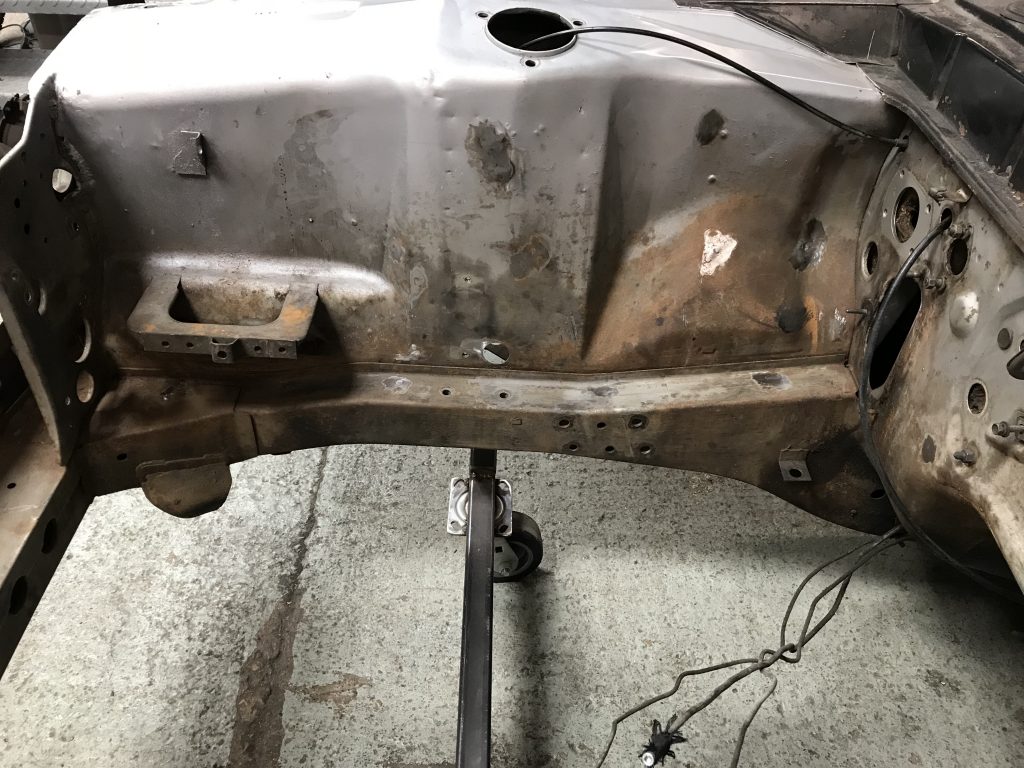 All strapped down and ready for a trip to the paint shop. 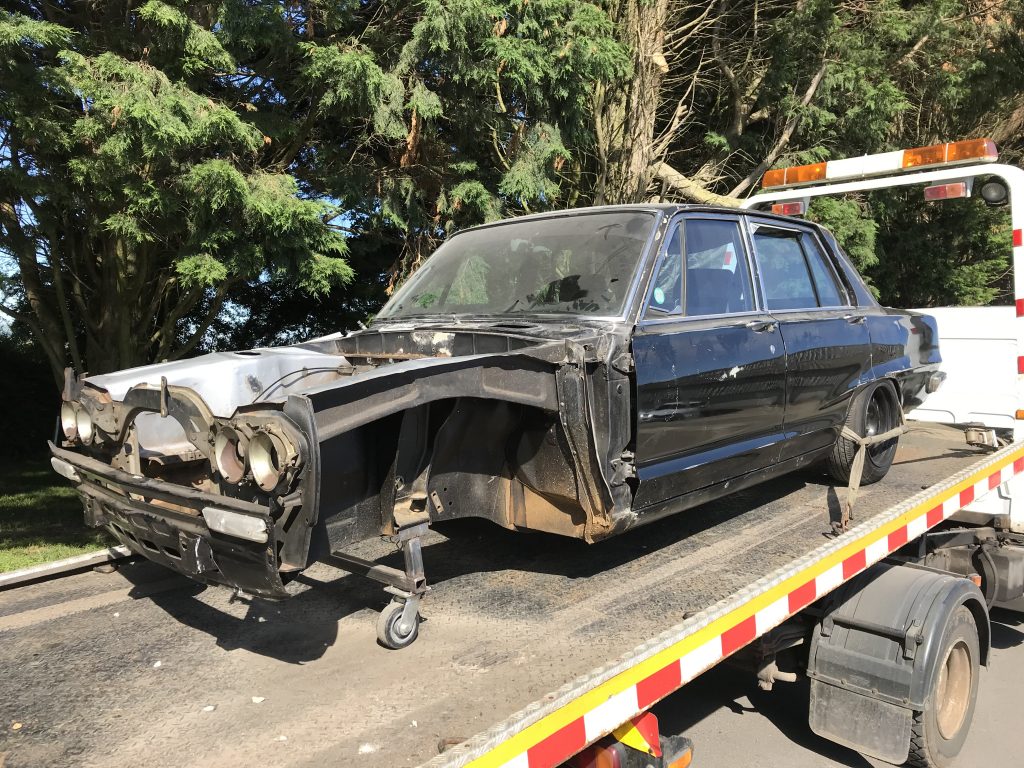 It may seem like a bit of an odd decision to be painting the engine bay and doing such a detailed engine install while the exterior still looks so rough. The way I see it is if I am going to be spending money (I don’t have endless funds to do it all) I would rather have the engine and suspension perfect before I worry about exterior cosmetic work. For sure if the structural side of the car was rotten I would 100% be dealing with that first (as with my 240Z) but this car is just tatty, poor paint and surface rust. Also I love the surprise element of a car that looks like this but will have an incredible engine and beautiful, race car spec engine bay.

When it comes back from paint, the real work will begin……